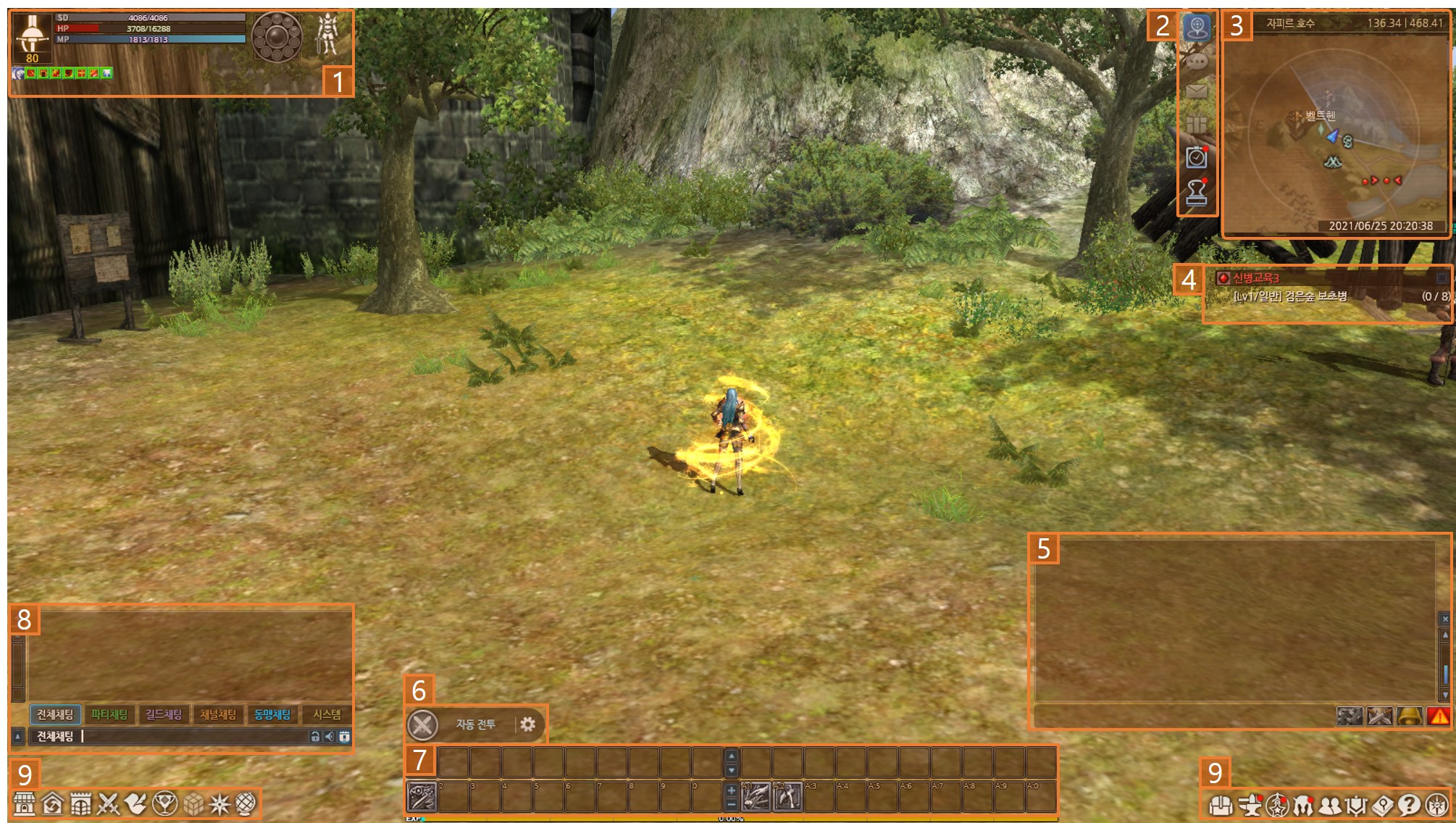 ② Assistant Icons: Click on the icons to bring up various features such as Waypoints, Mail, Attendance, or Connection Points.

- Check the Character's Current Position with the green arrow

- The Character will move to a specific location when it is clicked on the Mini-Map.

- Objectives such as Monsters and Objects are shown for Quests In-Progress.

- The Name and Objectives for Quests In-Progress are shown.

- If multiple Quests are In-Progress, they are shown with different colors.

- You can click the circle Icon left of the Quest Name to check the Quest's specifics.

⑥ Auto Grind: You can enable Auto Grind and set the Character's Actions during Auto Grind.

- Assign Hotkeys for Skills, Items, and Emotes for Quick-Use.

- You can expand/minimize Quick Slots through the arrow buttons in the middle.

⑧ Chat Window: Press the Enter key to open Chat and communicate with other Players.

⑨ Menu Icons: Click on the Icons to bring up various Menus such as the Item Shop or the Exchange Market

- SD: A value reduced before HP when in PVP situations

- SP: A Resource spent when the Character uses Skills.

- Equipment Durability for the Character's Current Equipment is shown.

③ Buff List: The Icons for the Character's currently applied Buffs are shown.