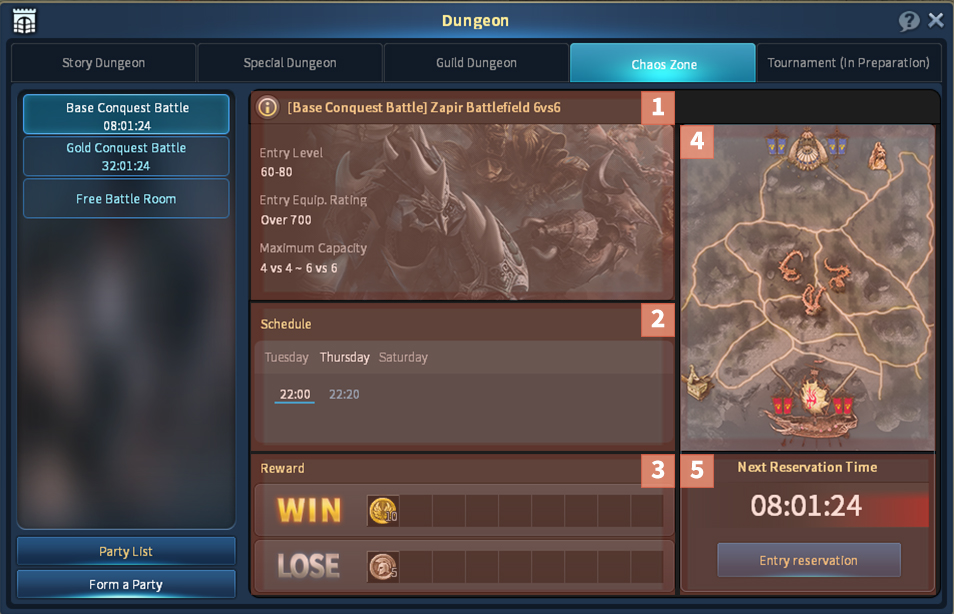 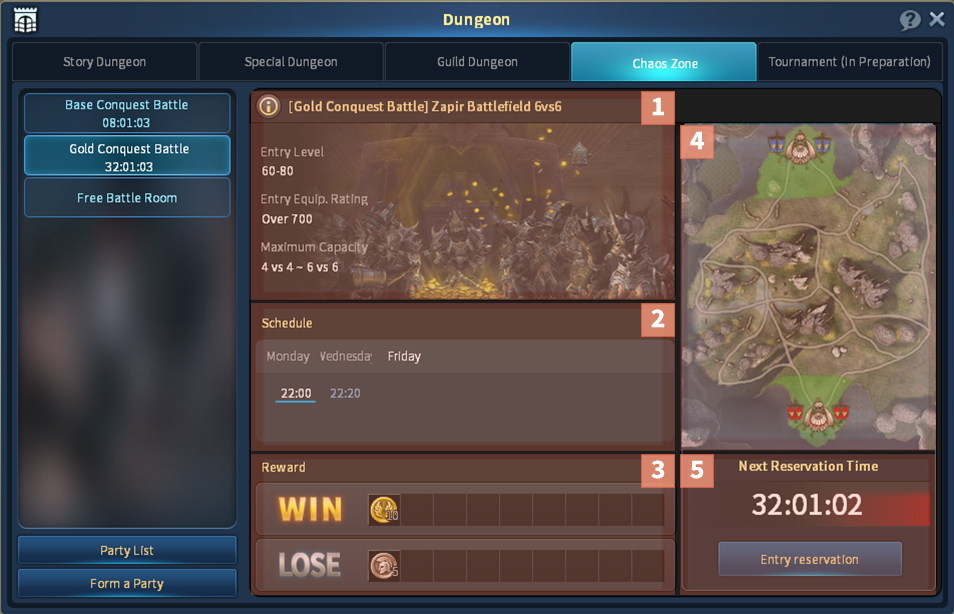 ① Shows the requirements for Level, Equipment Rating, and Participants.

You can purchase various items in the Inventory's Coin Shop with Challenger Coins.

⑤ You can check future Reservation Times and Reserve Entry.

2. Gain points by defeating your opponents or maintaining control over Bases.

3. If no Team reaches 2,150 points by the end of the battle, the Team with higher points wins.

1. Gain Gold by defeating Monsters and your opponents. The Team with more Gold wins.

2. The battle ends 3 minutes after the final Boss is defeated.

2. Buffs from Cash Potions are erased when entering the Chaos Zone, and Players can use Cash Potions given for free by the General Merchant at each Team's Camp.

4. A Match starts when there are at least 8 Players (4 vs 4), a mismatch compensation will be paid if the matching fails.

5. During battle, Monsters have a chance to drop powerful Buff Potions.